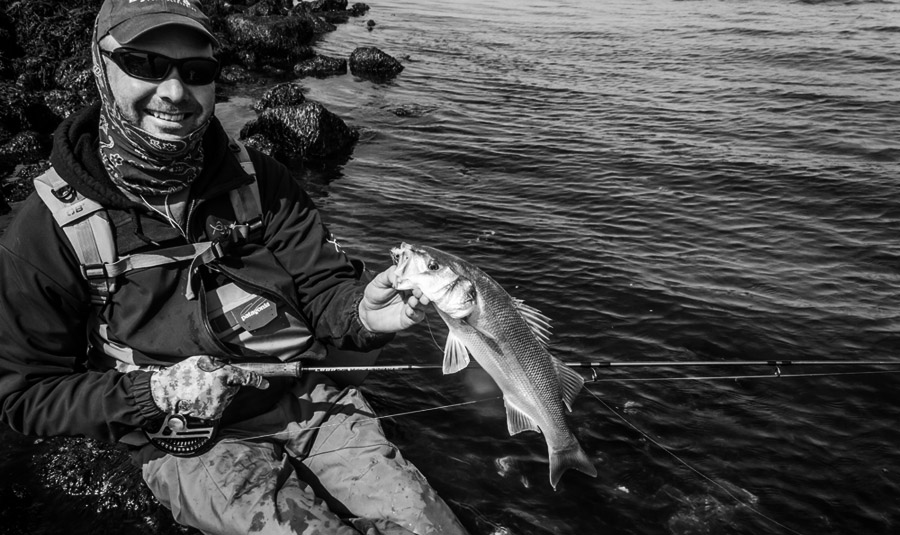 It giet oan! That’s what the Frysian icemasters say if the definite decision is made that our Dutch national pride, the eleven city skating competition can be skated. “Het gaat los!” would be what mr. Dyckers shouts when a certain type of fishery gets a burst and season kicks off.

Both are expressions full with emotions and as the Dutch mostly are known as temperate/sober, the warming up with spring is something that does turn our flyfishingminds on. The past weeks we have been going to sea. Looking forward to meet the seabass, who comes in somewhere around May when temperatures rise. All of a sudden you see reports coming in. Unfruitful missions to the coast usually are not reported, but once it breaks loose you can find reports anywhere on the net.

Matching a trip to the Europoort with business, tide and weather can be quite nasty and it hurts when one is not able to go and see others catching several bass a day. This week it had to happen. Friday would be my day… mark my words! I met up with Vinnie near one of the harbors. I have to drive about 2 hours through traffic from the north; he comes from the south and also needs about 2 hours to get there.
In the morning the tide is flat down at it’s lowest and the sun is up. We catch a few seabass and enjoy each other’s company. At a certain moment I even drop back in the “relaxed fishing/sitting/enjoying the sun modus”. Some new things were learned. For example it matters whether you move 5 meters to the left or right. Remember that for the future and don’t stick to long at one spot… We lunched some fries at seaside and continued to some other area’s, but not much luck. Departed early in the afternoon because we both had some relationship commitments to fulfill back home. 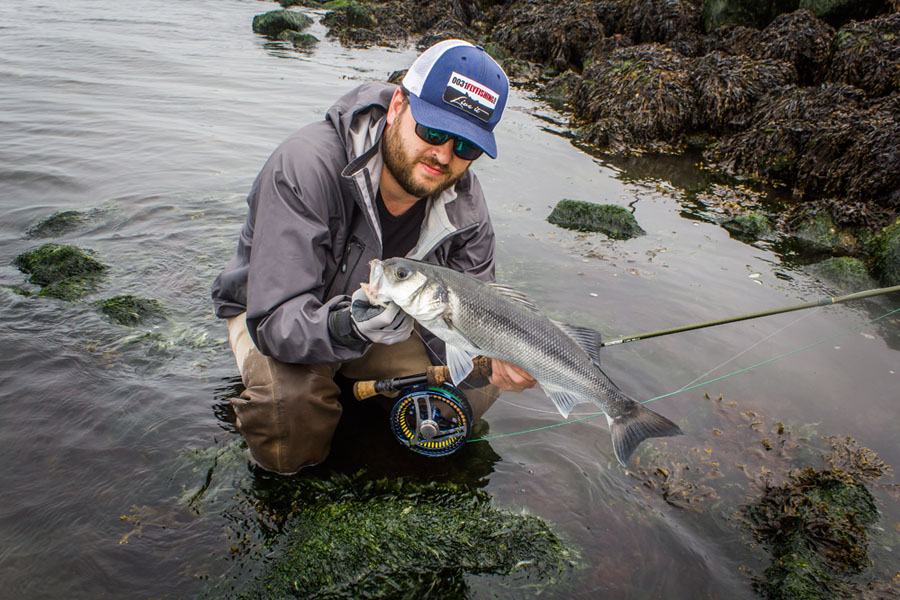 Somehow it was not yet satisfying. I needed that huge strike when a real fish hits the fly. Looking forward to upcoming week it is not so sure I will be able to make the trip down south and tide and weather always have to match as well. Luckily Monday is a national holiday. Except… nasty winds and wrong tide, being on call for the veterinary practice during the day made it all seem impossible to spend my Monday at the coast. So I tied some flies in the garden on Sunday. Lovely weather, nice beer. Behind the vice, in the sun the reports on facebook started to fling up. Lots of flyfisherman who did catch seabass… Looks like a definite Het-gaat-los! type of situation. Bummer for me, these circumstances usually don’t last more then one or two days.

Momentum…. That’s what our fisheries are about. Whether it is being there with the hatch when the trout rise, being out on the lake when the pike are having a blast, being on the flats when the tide kicks in, catching carp when the big rivers flood. We all know the standards: “Should have been here last week”, or the saying “being at the right spot in the right moment”. To some it seems like pure luck, some like to look at it as rocket science. To me it is a combination of both. But if you know your facts and are out there enough you can predict a little bit to make the odds slightly better in your favor.

And so it happened that Sunday evening I decided to give it a shot on Monday. Nice conditions would be there early morning, and even though I did not have a lot of time I started developing a plan to make a small hit and run mission. Sunday evening I went down to bed early (to my understanding) and just past midnight I tried to get into bed. At 2.15 the alarm run off, well…. I have to say I switched it off before it would wake up the girlfriend. A small walk with the dogs and in to the car, a small stop at the gas station to refuel the car and get some fuel for myself (coffee!!). Arrived at the sea around 5 am in the morning. Made some casts, the first strike was a glorious moment! Lucky me, a nice bass came to shore and was released. I managed to catch 2 more, one of them a beauty of a fish which did gave me a good BANG on the fly.

7.30 I reel in the line, walk back to the car and at around 8.00 am I leave the harbor-area. Right in time back home to have breakfast with the girlfriend, help her putting the horse on the trailer and being standby for the practice. The rest of the day was celebrated with a smile! 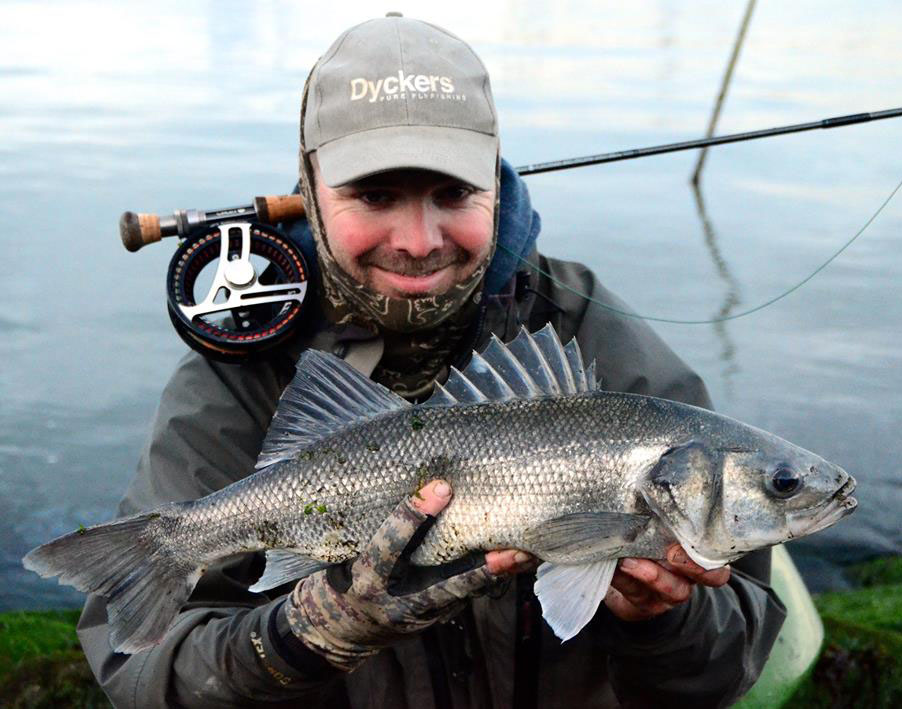 One thought on “My week on the salt”