Days on end you can read on the internet/facebook that our beloved sea bass is heading our way. “Water temperatures are rising people”, you hear. “they have been caught at the Belgium coast “, you hear.
Let’s take a step back, last year Edwin and I had the best season opening that will never ever be topped. We had an exceptional warm spring and water conditions were perfect for the bass to steam up to our Dutch waters. This year the situation is totally different again so i’m not running like a madman towards the water because excactly one year ago we caught 56 bass in one session (mindboggling).
This year I have a lot less time to fish than last year….so more fish for you people 🙂 So I have to think more tactfully before running to the water. I have to make the best of it whenever I go. Seabass will be in full swing in a month or two so I can shift my energy on other species. 2 weeks ago I went fishing for trout in the Eifel with Alex (more to come later) and that was awesome.
Yesterday I wanted to smell the salt, see the great wide open sea and be a slave to the tides. It’s a hard fishery but so rewarding when you do find them. I mean Seatrout!!.
I’ve been fishing for them for the past 7 years and haven’t even caught more than a 100 fish in that time.
The weather and tide were perfect, I dragged myself from the bed after again a very short night interupted by babysounds. Just before 8 am I arrived at my favourite mark. My Belgium fishing buddies were already at it with the fly and spinning rod. Compared to them I’m just a novice. They fish nearly every weekend and they can smell them. This year Davy dropped his devil stick and picked up the fly rod and allready caught his first seatrout on fly!!
This morning Dirk just released the first fish of today a whopper 60+ fish as fat as they can be. The signs were excellent. I stepped into the water and cast a couple of times to make some distance. Fish of a thousand cast, pfffff my buttocks. After the fourth cast I felt a small nudge and than the inevitable tug on the fly. Fish on!!! My Cross #6 was pulled in a great bend and although I could have easily fought harder I decided to fight like a pussy. Give me a break, I haven’t fished for seatrout in ages and it was the first decend fish in a long time. I was able to net her after some good head thumping underneath the rod tip. Davy made some excellent photos and we released her into her element. At that time Kim came by as well and fished with us.
After an hour or so when things seemed slow and we were on the brink of relocating. I cast into a current flowing by, twitched the fly a little and Bam!! Another hook up.
This one was hooked in shallow water and went airborn a couple of times. Happy days on the water. After this fish we relocated to another area. Wrong move in the end. Not much action, I only saw one trout swirling and had 2 nibbles of small seatrout that couldn’t take the size 4 ragworm. I’ll get them in a couple of years.
Being out with Belgium folk we decided on a celebratory beer to sit out the hightide. One drink led to many more drinks and I didn’t fish that day. I was satisfied.
Maybe next week I’ll try for sea bass, but for now I am in my Nopjes with some fine specimens of Dutch sea run browns!! Who needs Denmark or Rio Gallegos when you can get fat fish right here!
Cheers, Brian 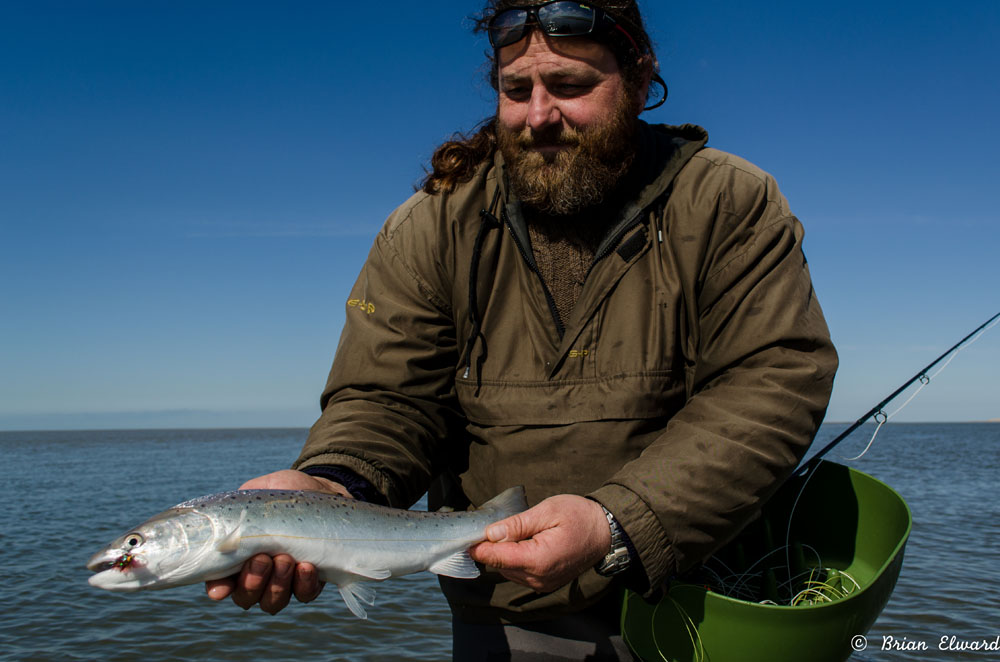 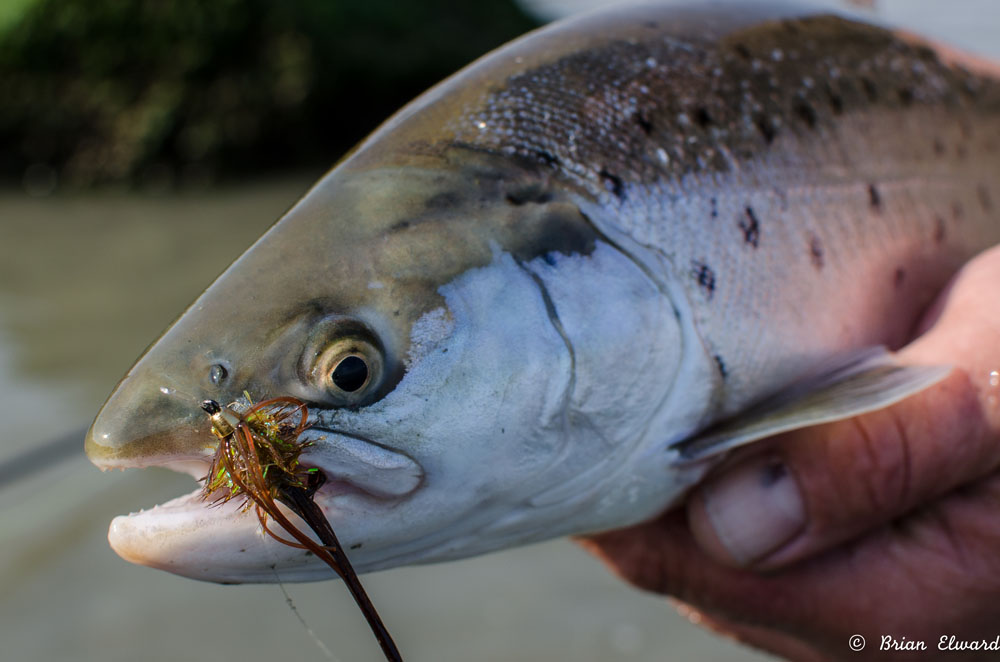 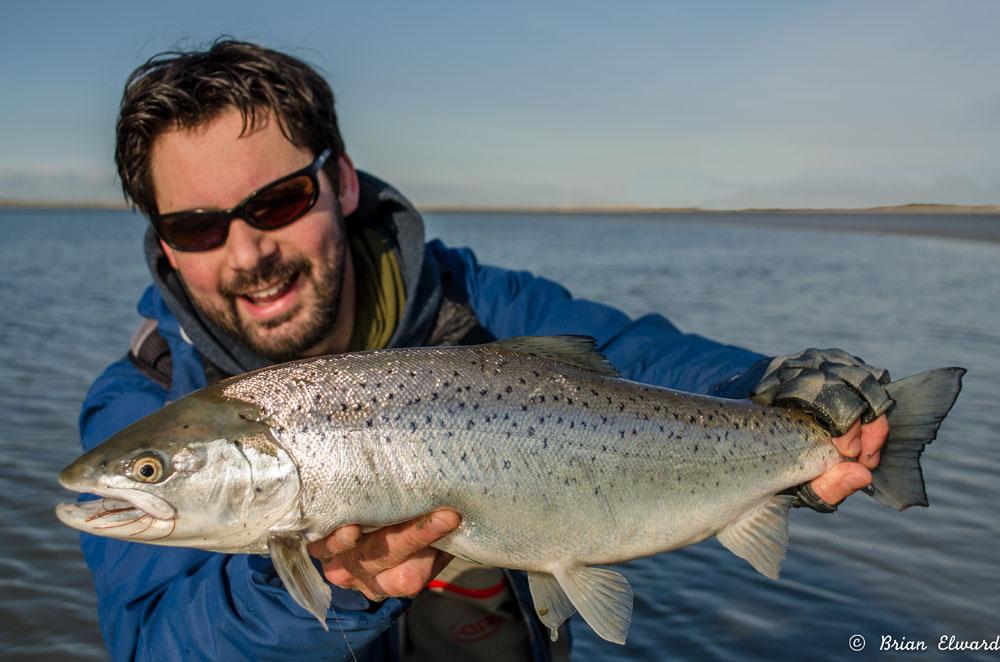 One thought on “Salty days here the best!”